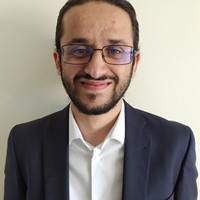 Andrea received his B.Eng. in Electrical and Electronic Engineering in 2016 at the University of Malta, with a particular focus on embedded systems. He furthered his studies with an MSc in Analogue and Digital Integrated Circuit Design at Imperial College London, developing a data and power delivery system for wired implantable devices, as part of his thesis. Andrea then joined Science and Technology Facilities Council (STFC) as a CMOS Sensor Design Engineer within the CMOS Sensor Design group. As of August 2020, he joined the Next Generation Neural Interfaces (NGNI) lab and the Centre for Bio-Inspired Technology (CBIT) at Imperial College London.

His work focused on the design and testing of CMOS image sensors including both pixel and periphery circuit design.

Peilong Feng is a postdoctoral researcher in Next Generation Neural Interfaces Lab at Imperial College London, London, UK. He received his BEng degree from the Henan Polytechnic University, China, in 2011, and his first MSc degree with distinction from the University of Southampton, UK, in 2012. Then he obtained his second MSc degree with distinction in 2015 and his PhD degree in 2020 from Imperial College London, London, UK. 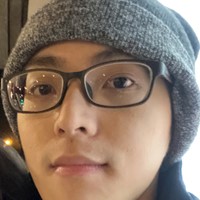 Jiawei Shen received his MSc Analogue and Digital Integrated Circuit Design from Imperial College London in 2018 and BEng. Electronic Engineering from the University of Nottingham. Jiawei joined Circuits and Systems (CAS) research group in 2019 as research assistant and part-time PhD.

The primary researches of Jiawei are the analogue and RF circuits that utilises memristors.

Chaohan received his MSc Analogue and Digital Integrated Circuit Design from Imperial College London in 2019 and BEng. Electrical Engineering from the McGill University, Canada, in 2017. Chaohan joined Circuits and Systems (CAS) research group in 2020 as a full-time PhD.

The primary researches of Chaohan are the Multi-bit Memory based on memristor crossbar array.

FUTURE VISION
Teams of scientists all over Europe, working on memristors projects are collaborating with a vision to expand knowledge and form the future of nanotechnology and neuroscience.
Our Partners